Peter was 4 when we moved to Bath. We had a large Council flat on the second floor above two shops and store rooms. It was a busy street in the centre of the city.

He and I shared a large partitioned room. There my main memory of him is of the ‘Howzat?’ game, with teams made up of anybody/everybody he could think of – from Mickey Mouse to the Queen. Once I opened the batting with Jesus, and even out-scored him!

At the age of 6, Peter was working out the cricket averages for his Howzat teams, and had taught himself decimals. I had homework to do in the evening, so managed to avoid checking his calculations.

Peter also spent endless hours hitting either a swinging ball in a sock, or an air ball on a babies’ rattle base stuck to the floor. Meanwhile he kept up a running commentary in his piping voice. He lived the part of each batsman, and described vividly what happened to his shot. There were imaginary bowlers and fielders!

At school, he sat at the back of a class of 40+ children, and spent most of his time gazing out of the window. It overlooked the Bath Cricket ground, where he watched among other heroes of his Garfield Sobers.

Two years on, and the Head mistress (a nun) advised Dad that he should really look for another school for Peter. He completed in a few minutes the half hour work. He had read all the books in the school library and had written stories to fill the torn or missing pages. He was rather shy, but was popular, and a natural leader. He was the best player in their under 9 football team.  A lovely boy. But he needed a school where he could flourish.

Peter aged 7 started at Park School. He was meant to catch a bus home, but he used to walk back, and used his money to buy the Bath Evening Chronicle. He was soon an expert on the Somerset Team.

He once returned from school with bruises on his face and body. His explanation that he’d fallen into a ditch did not seem to convince Mum and Dad. They found out later that Peter had been defending his friend, a deaf boy with rather a fragile physique, from the school bully. And apparently Peter won!

While we were living in Bath other sides of this young brother of mine began to emerge. Every Christmas our home put on an entertainment. Long suffering friends and relations were invited. By the age of 7, Peter was writing the plays, and acting in them, as well as producing and directing! My job was usually ‘scene shifter’.

And by the age of 10, he was the inventor of Family Games which our many visitors were expected to join in. It was very competitive. Since Peter was invariably the only one who knew the rules, and he kept changing them, the decibel level was very high! It was great all fun.

There was just a backyard for us to practice our cricket. It belonged to a garage and we weren’t supposed to go there. But at weekends various of us used to secretly climb down the fire-escape. It was all great fun. 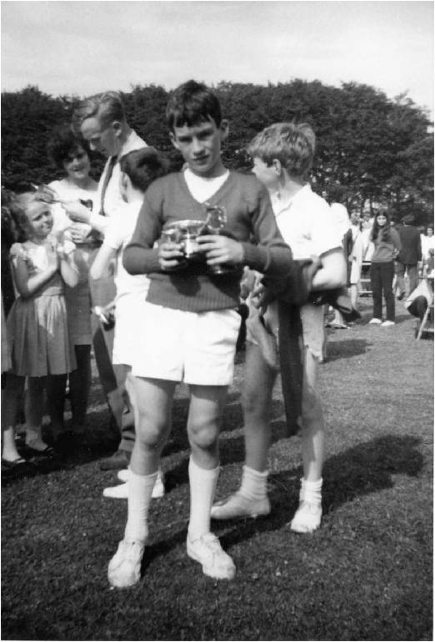 Winning the cup on Sports Day for outstanding sport contributions during the year. 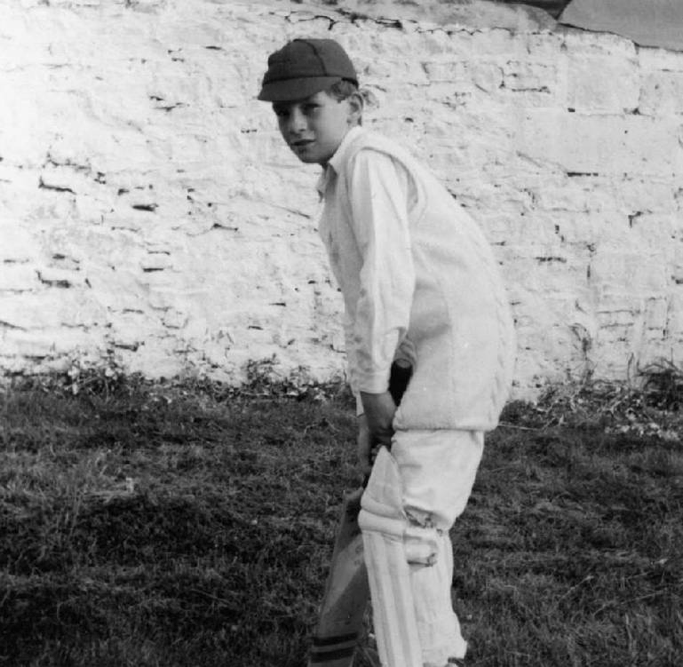 Batting practice at Park School; the little lad with the red cap