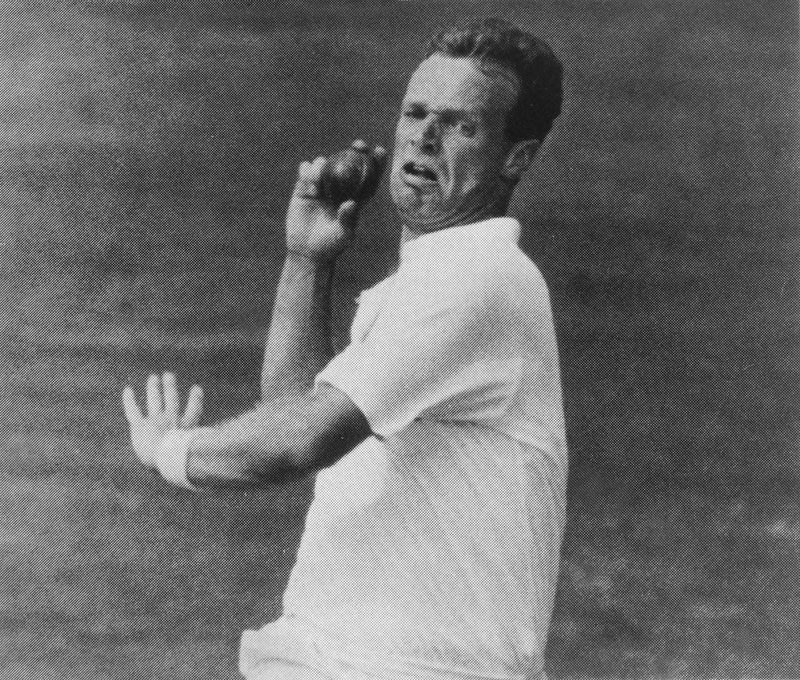 If his bowling at Taunton a week ago is anything to go by. Paul Jarvis is not only the fastest English bowler, he’s also just about the best. Certainly I respect him above all other bowlers. With penetration, polish and precision he can direct his attack at the stumps at a bristling pace. He is as fast as any white man I’ve faced.

On the Saturday evening, Somerset had to bat for an hour or so. Jarvis fairly sizzled in and the ball spat down as if it were a rasher on a barbecue. Flashing in off a short run, he whipped the ball down, pitching to a full length and wasting hardly a delivery. And all the while he grinned like some cheeky urchin caught up an apple tree, Jarvis has no swagger, no surge of power, no evident enjoyment of the terror of his calling.

His opening overs on Sunday were scarcely less impressive, driving David Bairstow far back, though not so far that the keeper’s below of “c’mon Jarvo” could not be heard. For that he would have to have been in Bridgwater. Jarvis took 6-29 in eight overs, persuading your correspondent to edge a slip catch to Sidebottom, whom Jarvis calls Grandad, and skittling an irresolute tail.

On balance Jarvis’s best spell against Somerset was reserved for Monday morning, after the Lord Mayor’s Show and shortly before he was summoned back to his native county to attend the birth of a son who is, apparently, not to be called Geoffrey. Jarvis was dog-
tired. Realising the force was not with him, he asked his captain for a mid-off and cut down his pace to concentrate on movement.

Quite by chance, I was camped at the bowler’s end for this spell, which was decidedly the place to be, and could observe the ease with which Jarvis switched from blasting pace to subtle skill. Twice he beat Jimmy Cook with outswingers.

Then, changing his grip, stretching his fingers down the right side of the ball so that the left shone brightly in the sun, he delivered a wicked break-back. As he ran in, I detected the changed grip and wanted to call out a warning. Cook spotted the difference too late, and was beaten and bowled. It was a lovely piece of work.

Without much support, and bowling on some decent pitches, Jarvis has taken 29 wickets this year at an average of 17.75. The Australians were pleased by his absence from Headingley.

With his bustle, his smoothness, his relatively low trajectory and his whippy arm, Jarvis is in some respects similar to Malcolm Marshall. There is no jump, no back-breaking explosion at delivery. Jarvis hardly breaks his springing run to release the ball, which skims down the wicket, kisses the pitch and darts off it as if it were red hot.

Athleticism is at the heart of this pace. As with the great West Indians, Patrick Patterson apart, Jarvis is fit, and can run the 100 metres at a lightning speed. Alone of the West Indians, Patterson relies on raw power, which is why his selectors are so wary of him. They prefer their fast men to be elastic, and they should know.

Jarvis fits the bill well. Like Marshall, like the great boxers, his arm is electrifying, whistling through with the snap of a snake at a rat. Like Marshall, too, Jarvis’s length is hard to judge. Tall, fast bowlers bang the ball down and the difficult thing is countering their bounce. Smaller men thrust it forwards, hurrying the batsman into incorrect footwork. Jarvis is fast enough to drive you back, skilful enough to make such a move dangerous. You put on your grille, lower your backlift and stand ready to move with alacrity.

To top it off, Jarvis is accurate. So controlled is his action that he hardly ever bowls a no-ball. He bowls at the stumps, so that if the batsman misses, he hits. He uses his fingers to cut and swing the ball. Altogether, he is a formidable opponent, with Dilley and the Middlesex openers the best new-ball bowler around.

And yet, despite being picked for two tours, he has hardly played for England. This is largely his own fault. Last year he had a back injury which defied identification and solution. Previously, he had been slow to change from frolicsome youth to sturdy maturity. Jarvis has been a stream chuckling its way down a hill, enjoying the surroundings, going where life took it. No doubt the selectors wanted to wait till the stream was a river in its full majesty.

Two years ago Jarvis, faintly embarrassed to be on an England tour in New Zealand, sat beside Geoff Boycott at a Test match. His manner was that of a nephew in fear of an uncle who might reprimand him for his dissolute ways, but who might also bestow largesse on him. He listened attentively to the words of the old master.

Boycott probably wondered if Jarvis was serious enough. Grinning sheepishly, Jarvis must have wondered if he was good enough. Perhaps he was neither. Now he is both.

First published in The Sunday Times in 1989.