Australian cricket is fierce, attacking and spirited. In many ways it reflects the country’s origins and history.

A tour to Australia counts amongst the most challenging experiences cricket has to offer. Teams visiting the antipodes and returning with the spoils are honoured. Englishmen coming back from an Ashes triumph in 1928-29 were feted, and in some cases their cars were dragged by ropes from the train stations to their homes. New Zealanders relish their periodic successes on the wide brown land and remember them for decades. Other teams are just as proud of downing the Australians in their own backyard and tell the tales to their grandchildren. Other series may mean as much emotionally and historically but this is the greatest victory of them all.

And the reason is simple. Among senior cricketing nations Australia has much the strongest sporting culture. Visiting teams know they are taking on a powerhouse. Australia may be beaten on its own patch from time to time but only by a team capable of summoning and sustaining its mightiest effort. It is the game’s testing ground. As much can be told from the performances of teams afterwards. Sri Lanka had a rough time down under in November but went home stronger and took a toll of the Englishmen. 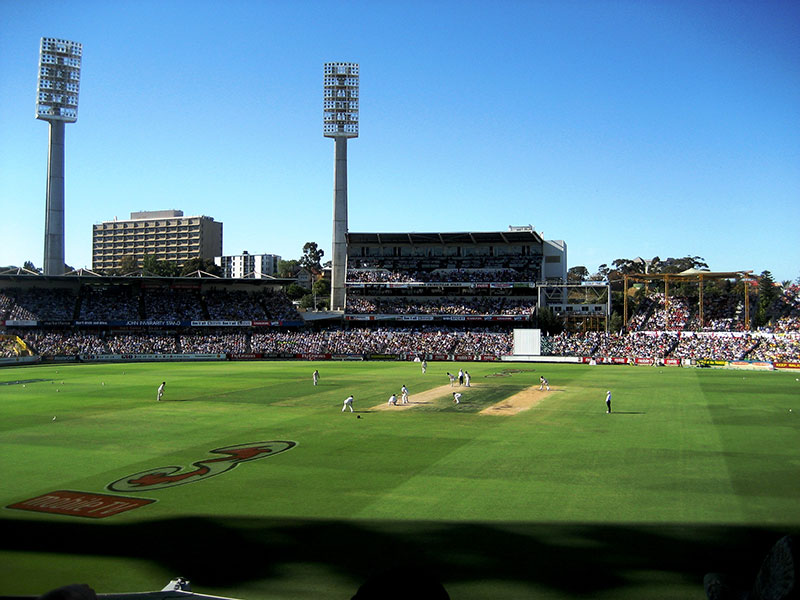 Australia’s domination has been in part due to its single-mindedness and in part to the struggles of opponents. Cricket has never been a particularly competitive game. Now and then rivalries arise and brilliant series are played. Great players occasionally emerge and their gifts are universally appreciated. But cricket is not played by well-organised nations such as Spain, Sweden, America, Germany, France, Korea or China. Instead it inhabits a world of complication and chaos.

For documented reasons the game established itself in nations with painful memories, the war-torn and insecure, and in one case the non-existent (for the West Indies exists only for cricket purposes). It is played by Hindus, Muslims, Buddhists, Christians, in tyrannies and democracies, by the colonialist and the emancipated, by supposed enemies and supposed friends, by belligerent neighbours and impoverished states. Among the ten leading nations only New Zealand seems sensible, and it thinks mostly about rugby.

Despite its role in Iraq and the lamentable state of many of the first inhabitants, Australia has faced few of the challenges experienced by rivals. It does not need to think about feeding a billion people or finding ways of helping different faiths to live side by side, or need to fret about the redistribution of wealth between races, or concern itself about the effect of lost glories. It can concentrate on matters in hand. Among the nine Test nations Australia alone has the desire and ability to sustain a strong sporting performance. Other cricket countries have not pursued cricketing excellence with the required rigour. England has always celebrated its victories too much, regarding them as the end of the road and not a beginning. And its culture is tired. Aghast parents are sending their sons to be educated in African boarding schools.

It does not take any team visiting the antipodes long to realise that hard days lie ahead. Indeed the thought may occur before a foot has been placed on Australian soil. A hot reception awaits. Not long after landing, it is customary for the touring team to find itself under fierce scrutiny. Most likely it will discover that its cause is hopeless. They can respond in two ways. They can conclude that the Australians are the rudest and loudest roosters it has even been their misfortune to meet, a conclusion reached over the years by such luminaries as Sunil Gavaskar, Arjuna Ranatunga, Douglas Jardine, and numerous monarchists who never quite forgave one helpful Australian prime minster for daring to touch a royal arm. Or they welcome the directness of the confrontation. Australians are not inclined to beat about the bush.

Both reactions can work, the first because it breeds defiance, the second because it creates a thick skin. But it is not wise to retreat, because then the spirit is broken and victory becomes impossible. Australia exposes pretenders but respects warriors.

Australian cricket reflects the origins of the country. Class has never been a factor and the game was not regarded as a means of instilling manners. Cricket has simply offered an opportunity to express talent and enjoy ferocious competition. As a new and remote country, Australia yearned for sporting achievement and the recognition that came with it. As a country forged by the unwanted, it yearned for success. Therefore sport took a prominent role in the forging of the national identity, and every victory boosted confidence.

Lacking an aristocracy, swiftly democratic, egalitarian in outlook, created on a hostile continent that knows fires and droughts, Australians went about every sport in the same downright way. It is not a land for the faint-hearted. Because it is vast, newspapers serve single cities and cannot tiptoe around the edges of a story.

Procrastination is not the local way. It is the same on the field. Australian cricket has no truck with medium-pacers or finger-spinners or cautious batsmen. Bowlers must send down thunderbolts, give the ball a rip or swing it about. Batsmen must be fearless and able to use their feet. Captains must attack. Always the idea is to try to win the game, not wait for the other fellow to lose it.

Australians enjoy sport. To them a sporting field is not a torture chamber. English rugby supporters wallowed in the 2007 World Cup and dismissed the Australian gripes at penalty decisions as sour grapes. For their part, the Australians were amazed that anyone could enjoy it regardless of the results. To them the game was reduced to a lot of dull scrimmages. England saw valour and the Australians found only the crushing of the spirit. To an Englishman a game is a test of character. To an Australian it is mostly an adventure.

Despite the ferocity, though, and the noise, the Australians have by and large been more sporting than might be supposed. They have treated friend and foe the same. Those upset by the noise in international matches ought to try their luck at backyard cricket. Moreover, the Aussies have not been caught tampering with the ball, were not responsible for Bodyline, have not doctored wickets as much as most nations, were not much involved in the match-fixing scandals. Also, their willingness to attack has saved Test cricket these last few years.

As the latest visiting team pads up in Melbourne it needs to bear these things in mind. Australia needs to understand foreign ways so that everything is put in context, and the same applies the other way around. It is no use regarding Australia as a sunnier and noisier version of England. Even the loudness of the crowds can be misinterpreted. Locals are proud of their country and support its teams. But the cricket team, especially, is not all that popular. Not long ago an Indian reporter wrote some rude things about the Australian team in the Sydney Morning Herald and awaited an avalanche of enraged comments. He received 139 responses, 135 of them agreeing with him.

Likewise, champion sportsmen are admired. Those surprised that Sachin Tendulkar was given a standing ovation all the way to the wicket in his last appearance at the SCG misunderstand the country. Andrew Flintoff was another popular visitor. Australians respect generous, gracious and combative opponents. But they still want to beat them. It is the testing ground, and in that tradition inspires the strong and destroys the weak.

This article was written for ESPN Sports Media Ltd.
5/5 (1)

GIVE US YOUR FEEDBACK